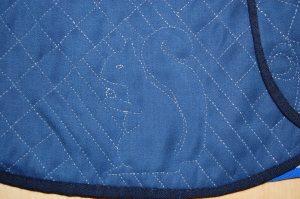 It’s astonishing to me, in a way, that I haven’t posted about this before, but shockingly, I have not. Remember the need to keep warm in Princeton? Tested on at Ti? A compromise?

I updated that garment and wore a nearly-completed version at Ti last February but never wrote about the new version: the Squirrel Waistcoat. 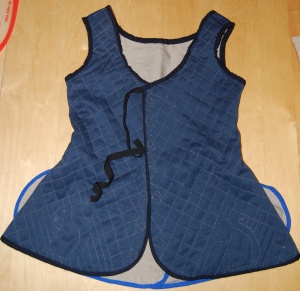 Wool hand-quilted to a wool backing and lined with wool, I wore this almost finished at Fort Ti last February, and found it comfortable and cozy. I had imagined its state to be far worse than it was: with a lining in need of piecing, mangled seams, your worst nightmare come true. But no: all it really needed was some binding adjustment, not surprising considering that I stitched the binding by candlelight while chattering away with friends over cider.

The back pieces weren’t bound at all, but because I’d imagined this needed so much more work than it did, I put it aside until now, when I know I will want it for a weekend in Trenton, and another at Ti in December. All it took was a little time, and accepting that the bindings will not match. 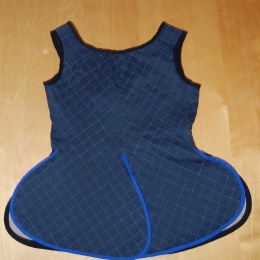 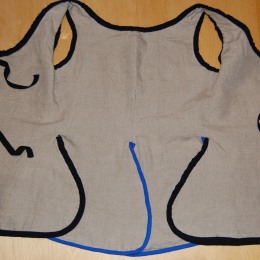 This wasn’t a long, involved project, really, though I spent lunch hours and evenings working on it last January and February. It is, as so many things are, about patience. Patience and good needles. 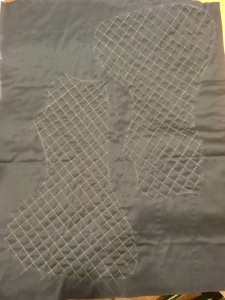 The construction was based on the quilted waistcoat I made two years ago, with a pattern derived from Sharon Burnston’s research, using fitting adjustments I’d made to an earlier jacket pattern (long since abandoned due to living in New England).

I don’t fully remember how it fits best, over or under my stays, but I’ll get a couple of opportunities to test drive the layers in the next two weeks. And in the meantime? Squirrel!

He’s warm, but being a paperweight is not as helpful as he thinks. #stripeycat #catsofinstagram #catstagram #patterns #sundaymornings