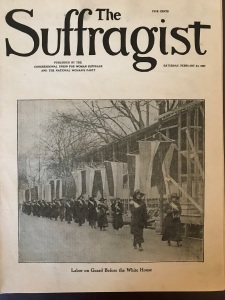 2020 is the Centennial of the 19th Amendment granting women in the United States the right to vote. Oddly enough, I am currently on a contract with the National Woman’s Party, founded by Alice Paul and Lucy Burns as an offshoot of the National American Woman Suffrage Association (NAWSA), and originally called the Congressional Union. The split was largely over tactics and splits continued over the years, again, mostly about tactics and mission. (In the post-suffrage years, splits continued, largely over how to pass the Equal Rights Amendment.)

I’m waiting to find out if the site has been awarded a grant I applied for in December so that I can produce a collections open house and living history event in late April designed to explore the material culture of the NWP’s protests. On the off chance that I’ll get the grant, and on the basis of a life-long obsession with the 1910s formed when I watched Testament of Youth on Masterpiece Theatre and promptly demanded the book, I have begun to consider the component parts of a suffragist’s wardrobe. (You gotta have something to think about on the Metro.) 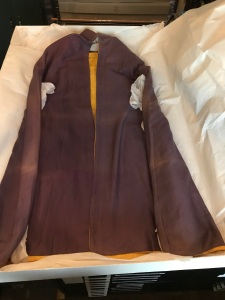 I am incredibly lucky to have found (separately) a silk blouse and a wool skirt that both fit me! I also have a wool skirt that is too small, but could be patterned, and a cotton blouse, that could also be patterned. But given what I have to accomplish by the end of April, I think it’s most likely I’ll need to wear the antiques. 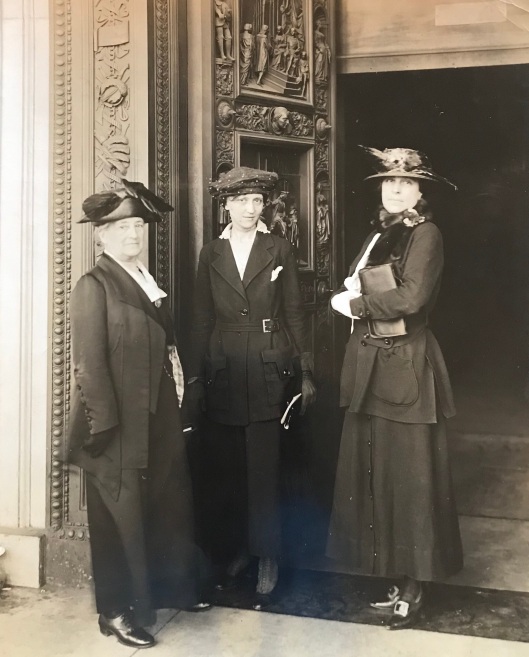 Stylish suffragists in the capitol for a meeting

What do I have to make, if I get this grant and decide to be one of the costumed interpreters?

Now, I could opt for a union suit of the kind Our Girl History made, but I’m not super convinced by my abilities to sew knits. Before she posted the union suit, I was planning to use the Dreamstress’s guide to 1910s underwear. 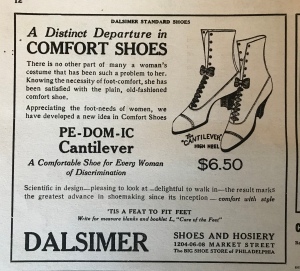 The Suffragist was funded in part by ads.

I have the Scroop pattern, and if I finish my projects and I get the grant, I’ll dive into this decade sometime in March. It’s hard to say whether I’d like to get it or not: there is always the “Oh crap, now we have to pull off this project!” factor with any grant award. It’s daunting, but at the same time, once those projects are finished, thinking about the who, how, and where of the making of suffrage banners and capes is pretty appealing for a material culture person.

In the meantime, while I’m at work, inventory projects provide lots of exposure to inspiration.