I don’t know about you, but the past ten days or so have been surreal in a way that I haven’t experienced in a dozen years or so. Numerous creative folks I know are working hard to find new, engrossing projects and sharing what they find with others. As always, Satchel Paige has excellent advice: Don’t look back, something might be gaining on you.

What project shall I take up again, to distract myself from the shorter days and colder temperatures?

This is actually making reasonable progress, and might even be done by early December.

It’s satisfying work, pleating and stitching this lightweight cotton, tiny stitches in white linen thread. I’ve made some modifications to the pattern, but not many, aiming for a 1780-1782 style. Judicious cutting and generous friends will, fingers crossed, even yield a matching petticoat, which is very exciting indeed– and an unusual fashion statement chez Calash. Here, we focus on clash, but the fabric itself takes care of that for me.

Now, if only I had bright red morocco leather shoes to wear with this, that would be a sight indeed. 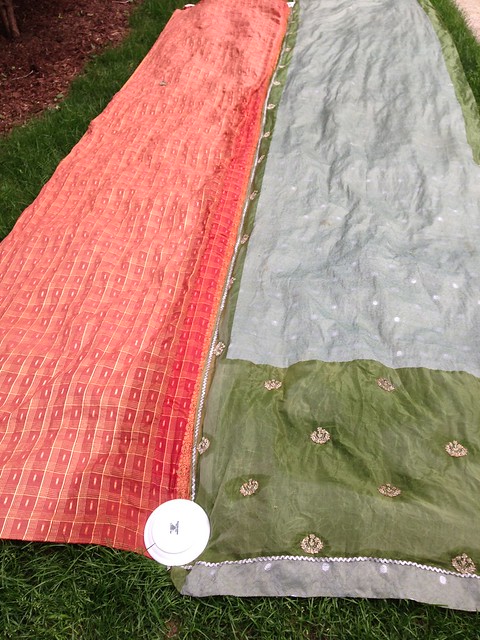