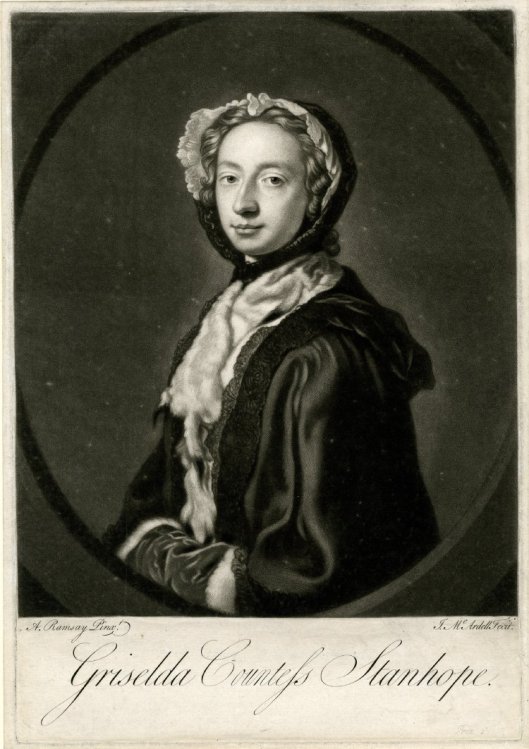 Let’s take a closer look at Griselda, Countess Stanhope. She wears a hood over a fine white cap, as well as a hooded cloak. Around her neck, she wears a fur tippet, and her hands are snuggled into a muff. While most of the “common” women in the colonies wouldn’t rise to the Countess’s ermine tippet, they did have hoods.

Hoods appear fairly regularly in prints, worn over caps (as in Countess Stanhope), under hats, and even under bonnets, as in this print from the Victoria & Albert Museum. 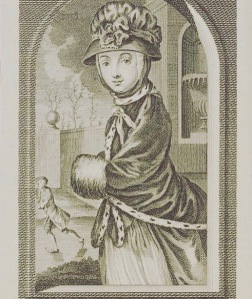 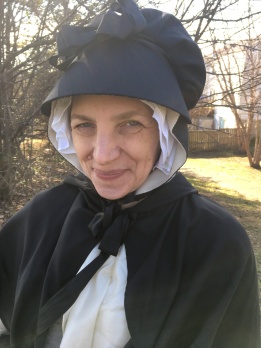 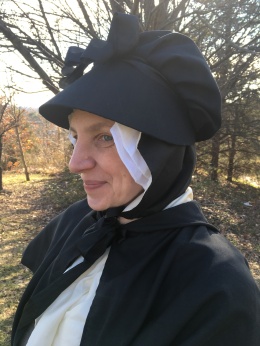 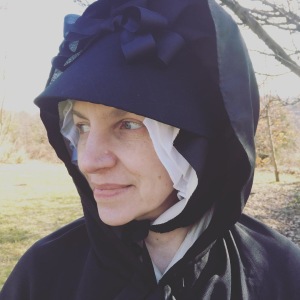 The mantelet hood worn over the bonnet, hood, and cap layers.

In the images above, I’m wearing a white cap, black silk hood, and black “stuff” bonnet, with a black silk mantlet over a silk neck-handkerchief. The hood needs some tweaking, size-wise, but the layers definitely recreate what we see in the print of “January.” The bonnet has an adjustable caul, so will easily fit over hair, cap, and hood; the hood has a drawstring closure at the neck that helps keep out the wind. Taken altogether, these layers are definitely insulating! Looking like an 18th century engraving is almost a bonus– but when you wear what they wore, you look like they did.