Other folks have covered aspects of this past weekend at Fort Ticonderoga, leaving me with little that needs adding but much to look into. Portraying a British servant is more intuitive for me than portraying an American: the hierarchy of the British is more explicit than the American, especially in a military context. We mimic the British structure, and while I considered that running a fort’s servant set might/should/would mimic that of a Big House, I wonder if that’s true. 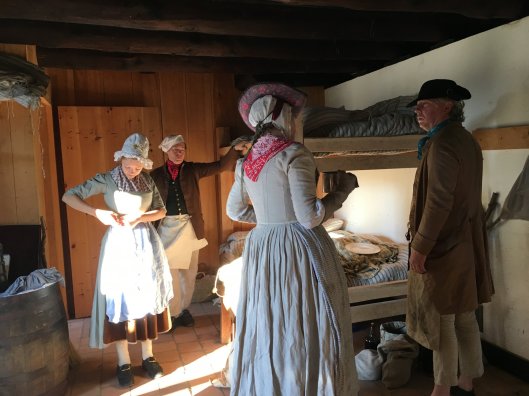 Miss S, Mr. B., Your Author, and Drunk Tailor

How did a set of servants from different places, answering to different masters, interact? What  kind of rivalries developed? And who had ultimate below-stairs authority? It’s been a long time since I experienced workplace politics, so the past weekend gave me much to ponder about how the lower sorts managed– and managed up.

For me, the name of the serving game is managing the people you serve to make your own life easier. Servants had so much to do– as many of us do in real life– that the only way to manage the workload was to– well, manage the workload, or at least the person who set it.

As John Brown’s housekeeper, I ran a household of several (three+) servants and six residents. Even a household that small required extensive stair climbing and coordination, even without a working kitchen! The Browns never had more than three or four household servants we could document, which again makes me wonder about the actual number of servants a complement of New England officers would have. 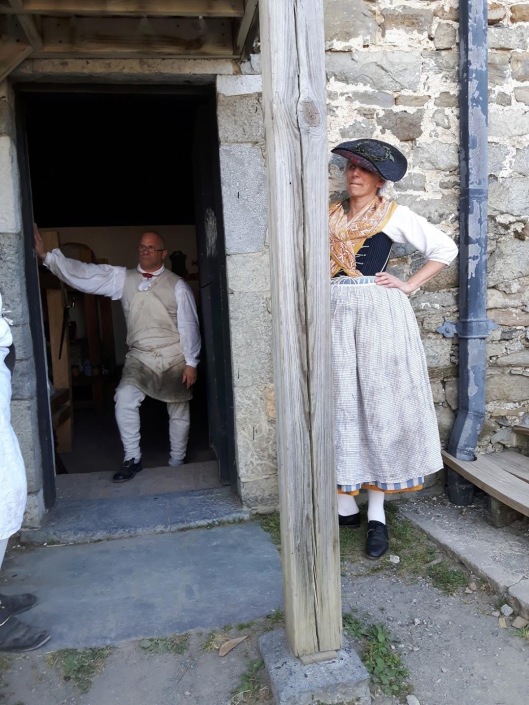 Ow. That’s what my face means. Pierre was a trooper.

Thus far, I’ve found good quantification of servants in Philadelphia households in 1775, but have yet to crack the code on New England or Continental Army servants, so more hours on JSTOR await. 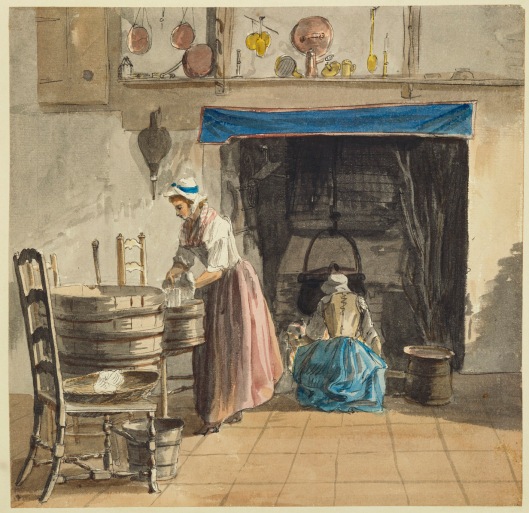 No matter what one ultimately decides the research shows about the number of servants and their roles in an American occupied fort, I know I spent the day more immersed than I have been in a long time. Fort Ticonderoga provided a picturesque backdrop, and my body provided a four-dimensional pain experience reminding me of the tribulations of women in the <cough> period </cough>. I spent the majority the day (the part I was awake, anyway) experiencing the full joys of being  female and still fertile. The more I read about archaeology of the 18th century, particularly in the privies and trash pits, the more I think nearly everyone in the past felt pretty awful most of the time. If that hunch is correct, I nailed Saturday despite appearing in undress (which I can at least document to Sandby at Sandpit Gate). 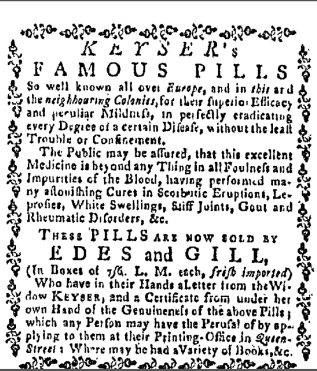