On the way to Southbridge, Mr S and I were discussing the last “big” event for the year, and whether or not we wanted to go. It’s an annual event grounded in ceremony, and somewhat repetitive. The landing of the British forces in the Jerseys on the 20th of November 1776 under the command of the Rt. Honl. Lieut. Genl. Earl Cornwallis. Watercolor, attributed to Thomas Davies. NYPL

Mr S would like to go if he had the proper wool coat– it will be easy enough to make, once he gets a kit– but which he does not now have. I find it’s usually a day alone wishing I was across the river in a museum or fabric shop. In the end, it’s a long drive to a day spent in the cold and wind followed by a dash home in the dark, with Sunday spent catching up on chores and cleaning muskets, and now with an added measure of homework stress.

I have painted this as a grimmer day than it usually is, but considering that it’s been 7 months since we had any non-medical time off from work, squeezing this into a busy and stressful schedule is not as appealing as it once was. In part, I think it is because there is a lost opportunity in the interpretation, which is surely limited by the size and nature of the site, and by the loss of the historic fabric of the area. 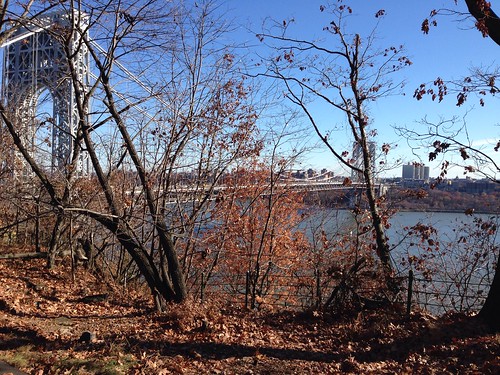 Nestled in a densely settled and very urban area, the park site has a block house, hut, and fortification as well as a museum. Sutlers and others set up in the museum for the day, including some demonstrations of women’s work…like spinning. Spending the day inside spinning is not for me: not only can I not spin, I cannot imagine fleeing the British with a spinning wheel, which is an annoying contraption to move even with assistance, plenty of time, and a Subaru. 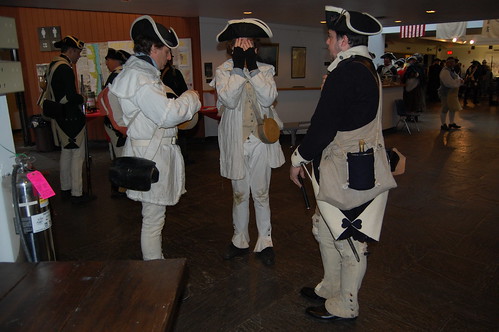 But more than my impatience with Ye Olde Colonial Spinning Wheel at too many military camps this past year, I think what stops me from wanting to go is the repetitive formality of the interpretation, with the the march to the monument and the post-prandial “battle” for the blockhouse, with the Americans sometimes winning, despite the fact that the fall of this site marked the beginning of Washington’s retreat to Pennsylvania, and despite the fact that three days earlier, when the companion fort across the river fell to the British and Hessian troops, nearly 3,000 Americans were taken prisoner in 1776, and of those, only 800 survived. In what way is this ritualistic commemorative event remotely authentic? And if the only way people get the actual history and importance of the event is through the event narration or museum exhibit, hasn’t the reenactment or living history portion then failed? 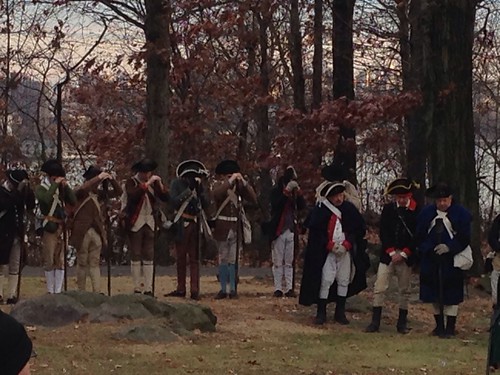 The more I think about interpretation and presentation, the more Ye Olde Colonial things annoy me and the more important I think it is to be accurate and correct. Forcing a passage of the Hudson River, 9 October 1776. oil on canvas by Thomas Mitchell from an original by Dominic Serres the Elder. Royal Museums Greenwich

That does not mean that I expect a naval engagement (though a girl can dream) or a cross-Hudson rowing affair, but I do think it could be interesting to see troops at a fort packing up and evacuating the site, with the confusion that could result. But it’s not my circus, and not my monkeys, and in any event, I shall probably stay home to make sure that homework and housework alike are done in this current century.