One of the arguments I hear against changing the way people dress as civilians at reenactments, particularly the women but sometimes the men, is that “if we all use the same pattern, we’ll all look alike, and that’s not how people dress now or then.”

I have news for you: that is how we dress[ed].

I know, we can’t apply modern thinking to the past– that’s crap historiography. But why do we resist using the same correct patterns for historic garments when we are clearly dressing alike today? 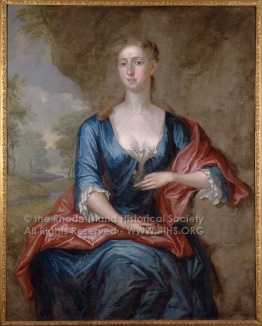 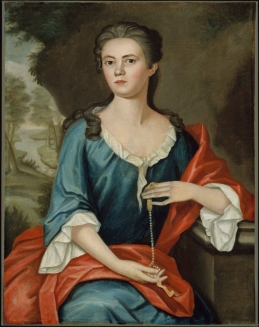 I’ve not yet read a paper on the similarity of women’s dress in Robert Feke or John Copley’s portraits that really convinced me, but if you look at enough of them, you might think there’s only one woman and one dress in all of British North America, because Badger and Greenwood are painting her, too.

Even if those clothes are studio props, what does it say that the sitters wanted to be portrayed in the same clothes? Look, if that’s the only means of getting myself into a Charles James, you bet I’d take it. Or, for a more contemporary analogue, Alexander McQueen.

Dressing is about status as much as it is about self-expression, and in the 18th century, dressing signaled refinement, sensibility, and status through the quality of fabric as much as through the cut of clothes. Air Jordans do the same thing today, or North Face jackets, or Kate Spade purses. They show what you can afford, even if you’re eating oatmeal for dinner behind closed doors.

We dress the same now, and we dressed the same then, with variations according to pocketbook. We can’t all afford K&P superfine wool today any more than we could have bought the best wools or prints in the 18th century. But using accurate patterns and fabrics appropriate to our station will create the best impressions possible– even if my gown is cut to the same pattern as my wealthier acquaintance’s.

9 thoughts on “The Unbearable Sameness of Dressing”