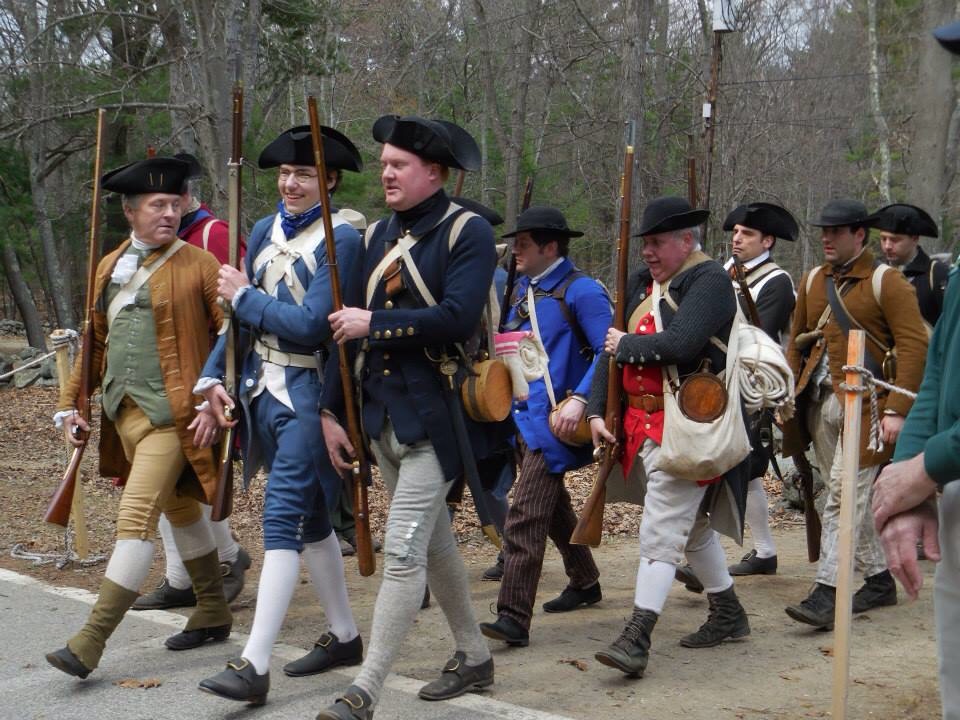 Well, sort of.  The Young Mr sported a brand-new, all-hand-sewn frock coat and breeches, as well as brand new size 15 shoes (thank you, USPS Priority  Mail and Robert Land’s stock of the rara avis size 15.)  He was spotted in photos that were shared with me later, and there he is, front and center, in his new, blue wool broadcloth suit. (I do like the side eye Mr C is giving as he checks on the second row.)

When he was dressed on Saturday, the Young Mr had a real presence. There is something about a suit that changes a man– well, in this case, a boy into a man. On the ride home, he told his father, “Now that I’m growing up, it feels weird to call you mom and dad. I think I should call you by your first names.” (I’ll wait here while you finish laughing. Yes, it is funny. No, we did not laugh at him.)

It’s a curious idea to us now, marking transitions with clothes. For some, coming of age is marked with a car or at least a driver’s license. For others, it may be a first job, or apartment. But once, stages were marked in clothing, as boys moved from gowns to breeches, and later from dresses to short pants to long pants. 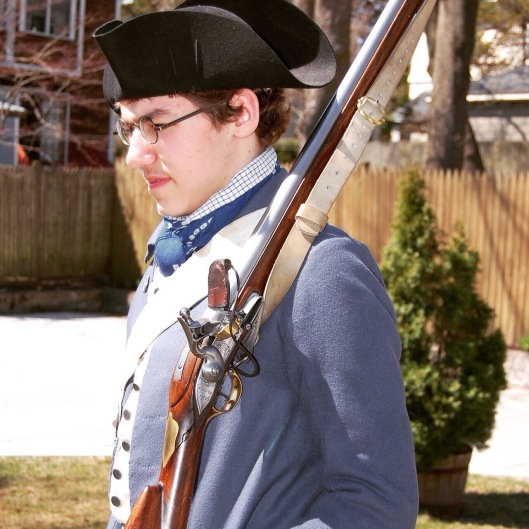 Our clothing is so much less formal, that we are less accustomed in most cases to seeing men in suits. Even as young as I was in those last “Mad Men” years, I remember more formal times, and shopping with my parents, seeing coats marked up in chalk and thread for my father, and the ranks of shirts and heavy-hangered trousers and coats at Brooks Brothers downtown in Chicago.  (I went there once as a teenager with a friend to buy a present for her father; we were not warmly welcomed in our punk clothes, but the glass cases were unforgettable.)

For the Young Mr, that kind of formality is lost. There’s not much point in buying him a modern suit: he’s all t-shirts and hoodies and hand-me-downs from a friend at work he’s rapidly growing past. He’d never wear a suit, except as he steps into the past, and his fittings happen in private homes or workshops, and not in front of a three-panel mirror.

The Young Mr steps into the past to step into adulthood, and comes back to a present where he has many more years and rites of passage before he will truly be an adult.

9 thoughts on “Battle Road Made a Man ”

I didn’t necessarily need a muff, but I had the pieces...so I put them together. #sewing #federalera #19thcentury #redhook #winter #muff #historicalcostuming #milliner