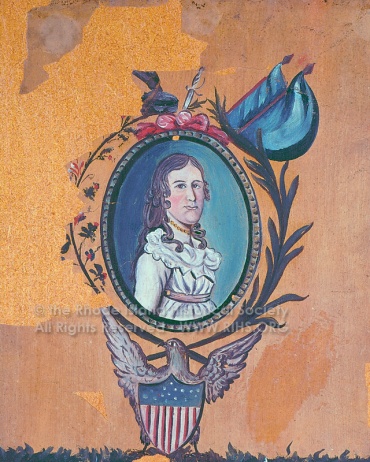 There’s a petition circulating in certain government circles in support of a campaign to give Deborah Sam[p]son her very own stamp. This is, in part, fueled by the upcoming 250th anniversary of the founding of Sharon, MA.

I’ve got no problem with that—commemoration is something we humans do and need. And Deborah Samson’s is an interesting story, but possibly not for the reasons cited in the letters from officials who shall remain nameless. They describe her as “a pioneer of promoting women’s rights and eliminating gender barriers” and “a trailblazer for gender equality,” phrases that would have been just about nonsense in the Revolutionary war period.

And that’s my problem with it: the anachronistic representation of a woman’s story, bent to the purposes of the present. Don’t get me wrong—I’m a feminist, I’ve enjoyed Deborah Samson’s story since I read about her as a kid in one book or another, so I sympathize with the Stamp Movement.

What makes me crazy is bad history.

Hannah Snell, as depicted in an excerpt from “The Life and Adventures of a Female Soldier,” the narrative of the most famous cross-dressing British soldier of the century. It appeared in Isaiah Thomas’s New England Almanack (Boston, 1774). Printers recycled the image on other imprints. American Antiquarian Society.

In Masquerade, Alfred Young tells Sampson’s story well, busting myths that both we—and she—created. (This short bio is a good overall sketch of Deborah’s life. ) What struck me the most about Deborah Samson’s life was the lack of certainty, stability, and material comfort. We’ll never know the specific circumstances that led her to enlist, though Young does yeoman’s work to unearth everything he can about her life and circumstances, and the context in which she lived.

I’m not an unbiased reader—I did get a little shouty on the third floor when I read “trailblazer for gender equality,” and that phrase has lingered and grown tattered as my colleagues and I have chewed it over—but Young’s point about women of the lower sorts is well taken.

Here’s an excerpt from an interview with Young about the book:
“In cross-dressing, Deborah was like a good many other plebeian women we are discovering who were in flight: to escape indentured servitude, to avoid the shame of a pregnancy, to get out of the reaches of the law, and so on. But to explain why she carried it off so long, you have to fall back on her skills and resourcefulness.”

So much for that pioneer of promoting women’s rights—Samson was a pioneer in skillful deceit (no mean feat) and in using that deceit to further the main chance, that is, Deborah Samson’s chance. What’s wrong with that? I like that better, and that’s my bias and my interests.

Reading about Deborah Samson helped me think about Bridget Connor and the women like her, probably less skilled and less educated than Samson, probably even more impoverished. It’s a mysterious mix of personality and circumstances that drives us all, but considering what we can know about Deborah Samson helps us understand her not so much as a pioneer for gender equality but as a self-interested human being acting for herself despite the barriers of class, education, and gender. And that can help us understand the people we can know even less about, like Bridget Connor.

For a taste of historical prose, you can find an annotated version of Samson’s story written by Herman Mann here, at Harvard University Library’s digital page delivery system.