The more you look, the harder things get. That’s usually cause for celebration, but I’m starting to feel the pressure of more ideas and commitments than time. Here’s a question: in these undated Sandby watercolors, are the women wearing the bonnet colloquially called lampshade? What does lampshade look like from the side? My guess is that it looks a great deal like the headwear of the woman sitting on the wall. (Click the images to go to the Royal Collection site where you can enlarge them.) 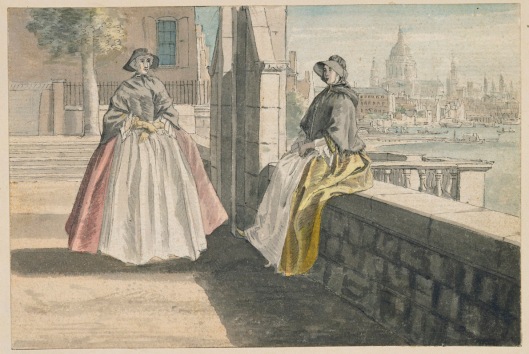 So much good stuff in this image: the woman sitting on the wall, swinging her foot (take that, decorum); the black silk mantles; sleeve ruffles; gloves; pointy shoes; big skirts.

About those pointy shoes and big skirts….much as I would love for this image to be really relevant to my quest, we are looking at the 1750s. At least lampshade comes in to greater focus, both in date and in construction. Ooh, look! More lampshade. 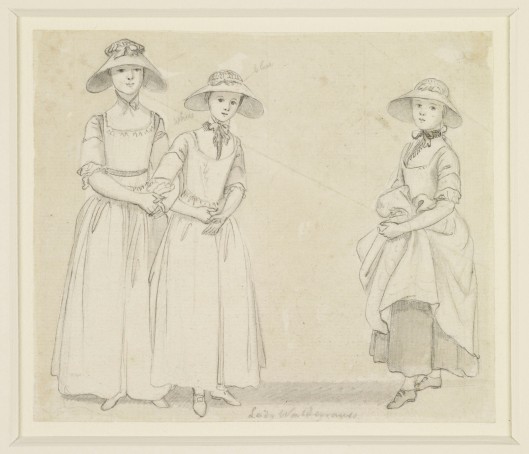 The eldest of these young ladies was born in 1760 and the youngest in 1762, so we’re really close to 1770 here. They’re not only incredibly adorable (I know a quite darling and very young lady for whom I want to make one of these pretty much immediately), but they’re in the right time period. Most of the bonnet images in the Royal Collection seemed to be of young women or girls, until I happened upon this image, from 1768. 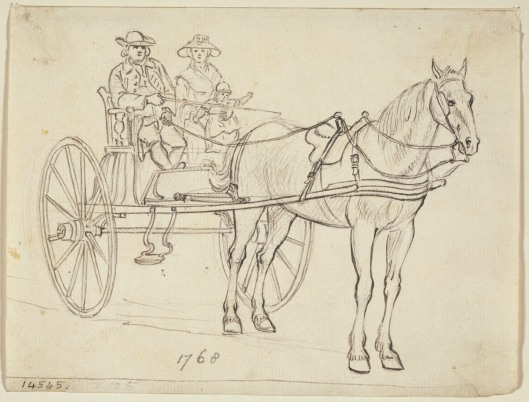 Well, “lady” might be pushing it where I’m concerned, but that image feels like the best solid evidence of bonnetness close to 1770. 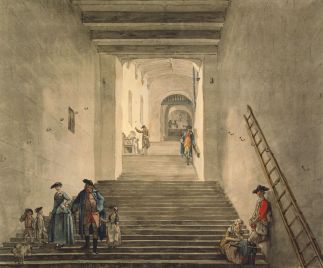 Can’t get enough of that black taffety? Have another. 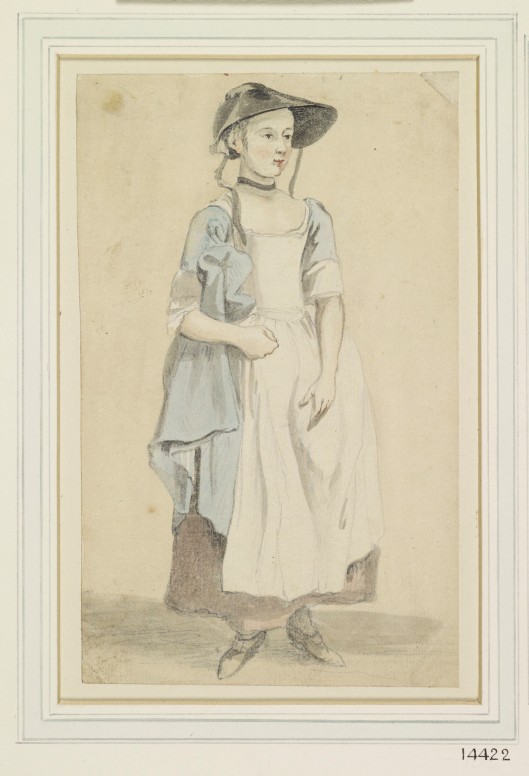 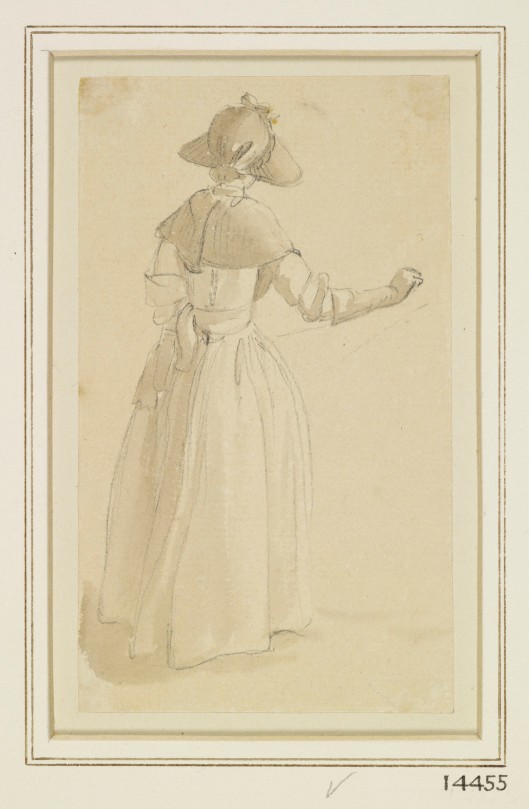 This is by no means an exhaustive search, but thanks to a Facebook commenter, I’ve rediscovered the Royal Collection, and found later images of the peculiarly lamp-shade like headwear, and one image with a firm date of 1768.

In Book of Ages, Jill Lepore quotes a February 27, 1766 letter from Jane Franklin Mecom in Boston to Deborah Read Franklin in Philadelphia, regarding the clothing her brother Benjamin had shipped to her. “For ‘Each of us a Printed coten Gownd a quilted coat a bonnet.’ She continues about her bonnet, “is very suteable for me to were now being black and a Purple coten.” (Lepore, Book of Ages, p. 144)

What do you suppose that 1766 bonnet looks like? Do you think it looks more like lampshade, or these transitional forms? Probably lampshade, but the materials are intriguing: Purple cotton. Is that the brim lining? Jane Mecom is in mourning, so I’d expect the main body (brim and caul) of the bonnet to be black, and most likely taffeta, which turns up as a descriptor in the runaway ads.

Wide-brimmed, black taffeta bonnet, possibly lined in cotton, 1766-1768. But how long did bonnets last?*  What went into them– Buckram? Pasteboard? Coated pasteboard? Baleen? A combination of pasteboard and baleen?

I’ve got some ideas, and if the next winter storm doesn’t delay the mail too long, I might have experiments to conduct this weekend.

*Or any clothing? But that’s a post for another day.