It has been a long time since I participated in a traditional “reenacting” event, the kind with tents and pew and kettles and a TWD but here we go, borne back into the past to where it all began, more or less. I remain as uncomfortable as ever in the camp follower role, constantly questioning the likelihood of my being a follower, and the activities I would participate in. It’s a historical personality disorder, trying to figure out who one was, complicated by all the modern politics of gender roles, relationships, and unit rules.

Now that I’ve switched sides, Bridget Connor is no longer open to me. By nature I’m a townie, happiest in a mercantile endeavor if I’m not able to take on the role of an officer’s servant.

So what to do? Petty sutlery is much on my mind, for I have need of the money and a habit of making things. Lately, i’ve been band-boxing, so I was delighted to find the Huntington had digitized this Sandby drawing of a band-box seller, placing the trade firmly in the middle of the 18th century. Triangular boxes for cocked hats, circular boxes for bergeres, rectangular boxes for gloves and (neck)handkerchiefs, I presume. 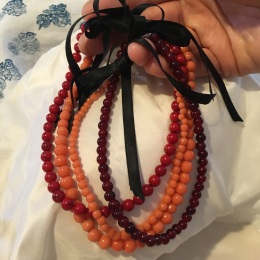 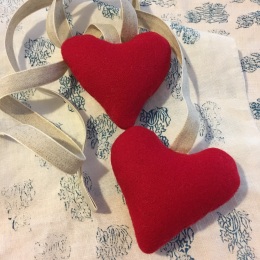 I’ll have band boxes and a bonnet or two in addition to a custom order delivery, coral, glass, and garnet necklaces for girls and women, pincushions, handkerchiefs, possibly garters, and, if my hands hold up, boxes for hats and bergeres, all on a stick. Look for me between the 17th and the 7th, hindering or helping laundresses.